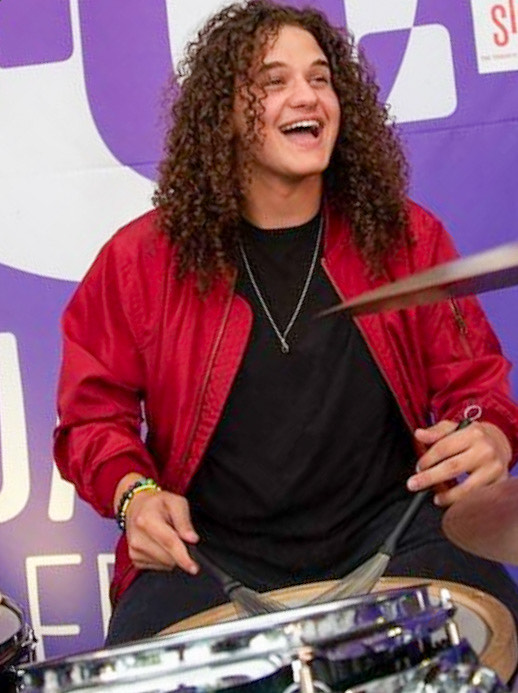 Matteo began as a self-taught drummer at the age of 2. He shortly after started studying with some of the Greater Toronto Area's best educators such as Neil LaFortune, Stefan Hegeret, and Jeff Salem. After 10+ years of experience studying different genres of music and finding new creative ways to approach the drums, Matteo has learned to adapt and fall in love with many musical styles such as Rock, Funk, Jazz, Blues, Country, and World Music. Matteo started playing occasional local gigs at the age of 13 and became a local working musician across the GTA by the age of 15. He has also worked with government officials in Brampton, Ontario in a variety of musical and art projects. Matteo is also an educator, composer and plays a variety of orchestral, hand and tuned percussion instruments. Matteo continued with music throughout high school as a part of St. Roch's regional arts program where he led the drumline and performed at events like the Toronto Santa Claus Parade, Brampton Santa Claus Parade and the Canadian Premier League championship finals. Matteo also has played drums with a variety of ensembles such as Symphonic band and Jazz Band which allowed him to thoroughly understand playing music in a larger musical setting and in different atmospheres. Matteo plans to further his studies in music throughout post-secondary at Humber College to achieve a Bachelors Degree in Music and Percussion. Matteo has a style of teaching that not only helps to musically and rhythmically enhance your skills behind the drums, but also improves your ability to look at music through a more personal and joyful point of view. Not only will your drumming improve, but your ability to be yourself both behind and in front of the drums as well. In the end, the common goal is to have fun, feel comfortable behind the drums, and achieve maximized success on your musical journey!