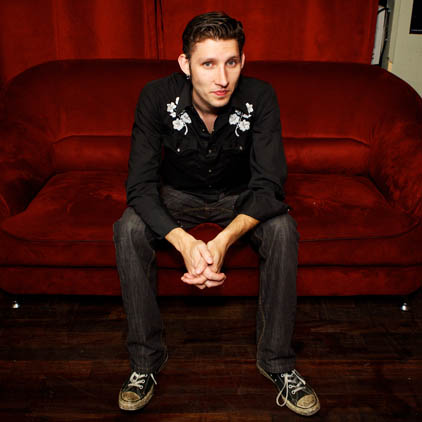 CHRIS CHAMBERS is a veteran musician and songwriter, having performed for over 15 years. As a solo artist, Chambers has released two independent records and toured throughout Canada including regular appearances in Toronto and Montreal, along with dates in New York, California and Austin Texas.

Chambers has shared the stage with artists such as Steve Earle, Trooper, and Matt “Guitar” Murphy and is a regular in the summer festival circuit having done everything from the Muskoka Beer Fest to the Canadian National Exhibition (CNE). He has appeared on television programs such as Hamilton Life and A Channel’s Evening News and his music has afforded him international touring and radio play.

A seasoned session musician, Chambers has also performed on numerous independent releases and worked alongside notable producers such as Nick Blagona (The Police, Deep Purple, Pink Floyd). He has written for Volkswagen Canada, providing the music for an Internet ad campaign and more recently music for a promotional piece for Navantis, a division of Microsoft.

Chris has begun working on his 3rd album which should be out in the coming months which will be a further evolution of his musical goals. Currently Chris is splitting his time between his independent projects and working as a sideman in the GTA for both live performance and session work as a studio musician.